C.J. Shane
C.J. Shane is a visual artist and writer who lives and works in Tucson, Arizona. She has experimented in several media, but her primary interest is in painting, artist’s books, and relief printmaking.  Shane exhibits both nationally and internationally, and her work is found in both private and institutional collections.

Shane's writings have been deeply influenced by travel, and especially the cultures of Mexico and China. In her writings, she hopes to tell the story behind the story. She would like to give voice to those who have little opportunity to tell their stories.

​The natural world, especially the beautiful Sonoran Desert, continues to be the greatest source of grounding and inspiration in my artwork. Subtle color and texture are key elements in my paintings which are designed to give the viewer a deeper connection to nature. I have found that a minimalist approach to composition and imagery best conveys the serenity that seekers have so often found in the desert. 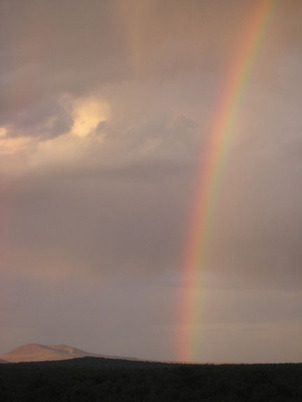 Shane was born and grew up on the West Texas prairie. She spent much of her youth thinking about being somewhere else. As a consequence, she read a lot of books and developed pen pal friendships with people all over the world.  She later came to appreciate the beauty of her homeland thanks to the art of Georgia O’Keeffe who lived and painted the prairie and canyons of West Texas.

When Shane was six years old, her teacher assigned her first grade class to write a poem. Shane’s poem about rain drops was self-illustrated. Much to her dismay, Shane was sent to the principal’s office because of the poem. Turns out she wasn’t in trouble as she thought. The teacher just wanted the principal to see her illustrated poem. This set Shane on a life of balancing images and words in her creative life.

Her degrees are a bachelor’s in journalism and history (University of Texas at Austin), a master’s in library and information science (University of Kentucky), and advanced work toward a doctorate in American history. She also earned her international TESOL certificate from the Center for English as a Second Language at the University of Arizona, Tucson. Because of her love of art, she has taken numerous private art classes, and workshops at Penland School in North Carolina and Haystack in Maine. She has worked as a news reporter in Mexico City, as a college reference librarian and professor of library science, and as a freelance editorial worker in the book publishing industry specializing in biological and environmental science books.  This work on science books led to Shane becoming a dedicated environmentalist.

In 2000 Shane relocated permanently to Tucson after brief stays in Bisbee and Flagstaff. Between 2002 and 2012 Shane took teams of American teachers to China where she and her team taught conversational English and TESL methods to Chinese English teachers. Shane’s nonfiction book Voices of New China came out of her experiences in China. She has authored eight nonfiction books, and she frequently publishes magazine articles as a freelance writer.  She is the editor of an on-line arts journal, Sonoran Arts Network (www.SonoranArtsNetwork.net). Shane is currently working on a third Letty Valdez Mystery. First was Desert Jade (2017), then Dragon's Revenge (2018) and Daemon Waters will appear in the summer of 2019.

Go to click on Writing to learn more about C.J. Shane's books and articles.