Artist's Books
Kepler 252-b
This artist's book is a speculation on what we humans might find if we ever make contact with the planet Kepler 452-b.  Recently astronomers declared that this plant is like an "older, bigger cousin of Earth."  Kepler 452-b may have an atmosphere that sustains life, and it may have water.

According to NASA's website, "NASA's Kepler mission has confirmed the first near-Earth-size planet in the “habitable zone” around a sun-like star. This discovery and the introduction of 11 other new small habitable zone candidate planets mark another milestone in the journey to finding another “Earth.”  The newly discovered Kepler-452b is the smallest planet to date discovered orbiting in the habitable zone -- the area around a star where liquid water could pool on the surface of an orbiting planet -- of a G2-type star, like our sun."

Words Fly Away is created of one sheet of Rives Heavyweight paper with stamped, hand-painted butterflies that accompany the ink words that are flying away. The words are in 46 different languages but all mean the same thing. The meaning is "word." Instances of book burnings around the world over many centuries through 2013 are written in among the words flying away.  This phrase "Words Fly Away" comes from Akiba ben Joseph, 1st century rabbi who wrote about book burnings, "The pages burn, but the words fly away. "Edition of 8. 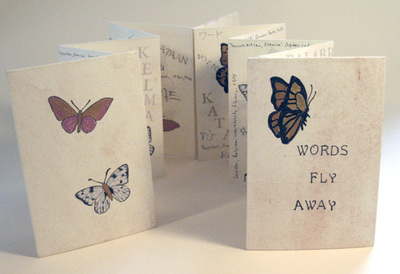 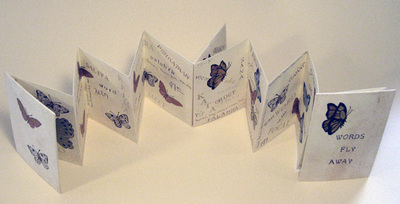 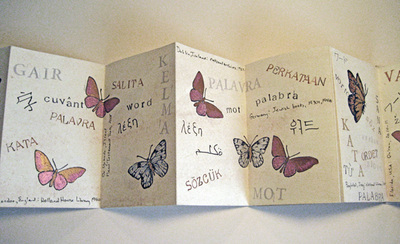 The Migrants   This book addresses the issue of failed U.S. immigration policy along the Mexico-U.S. border between Arizona and Sonora, and the unnecessary deaths that have resulted. Accordion structure, fabric covers, handdrawn map of locations where bodies have been found, monotype, lyrics from Tish Hinojosa's "Donde Voy." 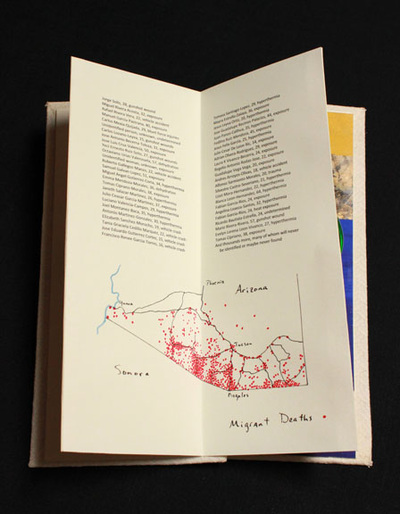 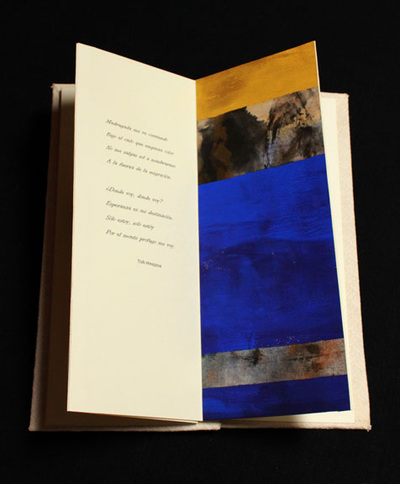 Miss Emily's Jewel Box    In late 19th century, hummingbirds became a symbol of freedom for American intellectuals, writers, and artists. Poet Emily Dickinson was among this group. In this artist's book, I imagine that if Miss Emily found hummingbird nests and eggs perhaps blown down from trees, she would surely place them in her jewel box.  Eggs and nests are created from paper clay and handmade paper. In the drawer an illustrated accordion-style book includes Dickinson's poem The Hummingbird. 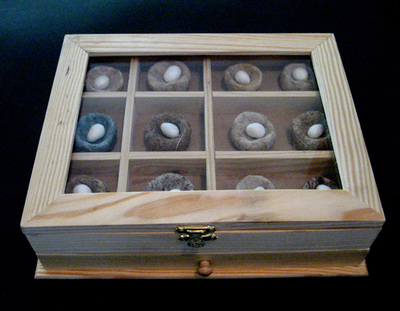 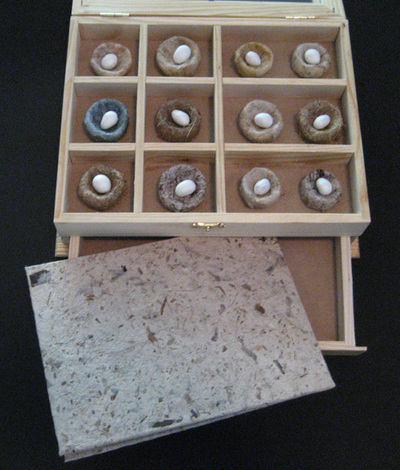 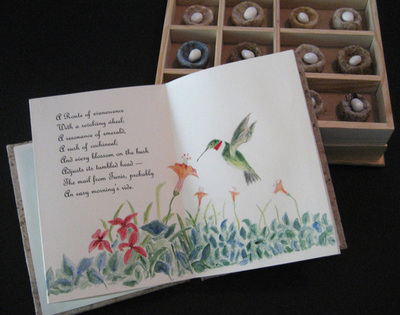 The Traveler's Yi Jing     The ancient Chinese book of wisdom known in as the Yi Jing (or I Ching in a different transliteration) includes hexagrams with much helpful advice to the traveler. 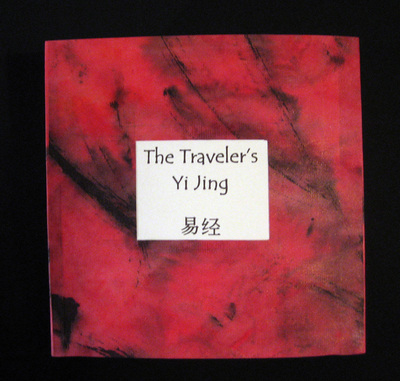 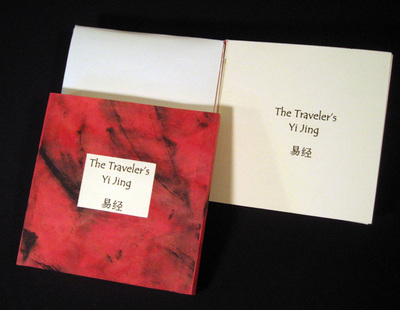 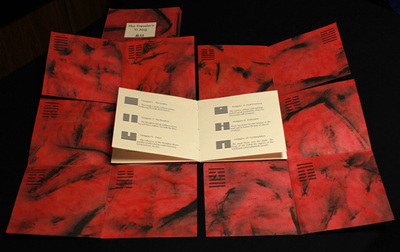 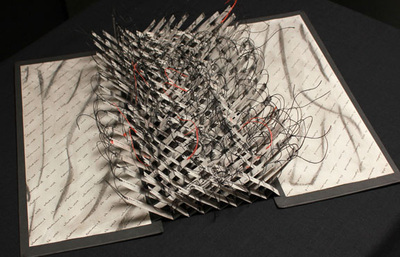 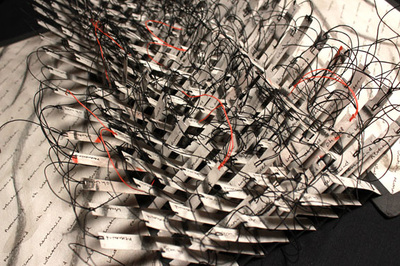 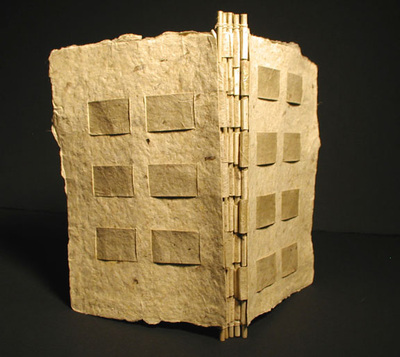 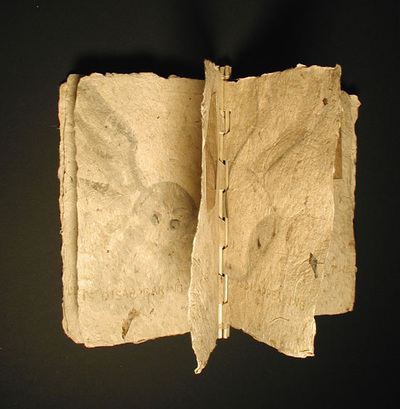 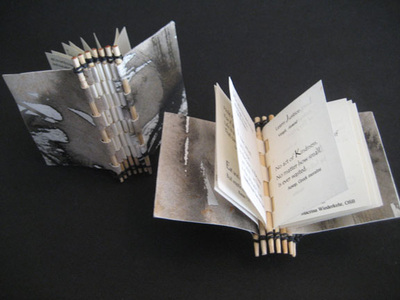